On the surface, INFPs and INFJs are very similar. They’re both described as idealistic, moralistic, misunderstood, and empathic, among other things. Because of these shared descriptions, it’s not uncommon for people to mistype as one or the other. I, for one, thought I was an INFJ when I’m actually an INFP. The more I learned about INFJs and INFPs, the more confident I became in identifying my true type.

So, let’s take a closer look at some of the differences between INFJs and INFPs:

1. Their differences go beyond just one letter.

The Myers-Briggs personality model is based on Jungian’s cognitive functions, in which each type can be represented by the order of the eight cognitive processes. These functions are Se, Si, Ne, Ni, Te, Ti, Fe, Fi, in which the lower case e or i represents whether the function is directed outwards (extroverted) or inwards (introverted).

As Heidi Priebe explains, identifying which functions you use–and in what order–is the most accurate way to type yourself or anyone else. So, lets take a look at the INFP’s and INFJ’s functions:

Surprisingly, although INFPs and INFJs are only “different” by one letter, they actually don’t share any of their main functions!

The “P” at the end of INFP stands for perceiving, and the “J” at the end of INFJ stands for judging. Yet, these two types have dominant functions that do the opposite! Fi is a Judging function, meaning it approaches life in a structured way, with the goal of controlling one’s environment. Ni is a Perceiving function, meaning it seeks to adapt to the world and understand it. So, at times, INFJs may act like perceivers, unhurriedly observing the world with their only goal being to understand it. Likewise, INFPs can be very decisive and ambitious, especially when they feel motivated and inspired. For this reason, INFJs are often confused for INFPs, and vice versa.

3. INFJs are social chameleons, whereas INFPs are highly individualistic.

Ni combined with Fe makes INFJs seek harmony in their relationships. They want to create positive feelings in social situations and avoid conflict. For this reason, INFJs can be social chameleons. They adapt to other people’s personalities, sometimes mirroring other people’s body language, tone of voice, etc., to make them feel more comfortable—and can appear to be quite extroverted. Likewise, INFJs have a profound understanding of human nature, and they seek to convey these visions in a way that other people will be able to easily grasp. INFJs enjoy providing people with guidance and counsel as it gives them more insight into the human condition.

Whereas INFJs are social chameleons, INFPs are highly individualistic. INFPs use Fi to live authentically and according to their internal values and feelings. Although INFPs do value harmony in their relationships, unlike INFJs, INFPs are opposed to the notion of sacrificing their individuality simply for the sake of harmony or the greater good. For INFPs, the idea of losing themselves to the homogeneity of the mob is terrifying. They prefer that everyone stays true to themselves. INFPs are also empathic and often find themselves investing in the lives of others, to help people reach their potential and to become their most authentic and ideal selves.

For all personality types, the inferior function (fourth function) can manifest uncontrollably when under stress. The INFJ’s inferior function is Extroverted Sensing (Se). Se acts impulsively and focuses on the present moment that takes place in the physical environment. So, stressed INFJs may make decisions without thinking through the long-term ramifications—which is unusual for INFJs, who typically are cautious decision-makers and thoroughly consider the consequences of their actions. INFJs may also overindulge in physical pleasures like eating, drinking alcohol, or shopping.

INFPs, on the other hand, exhibit ruthless Extroverted Thinking (Te) when under stress. Te is concerned with organizing, systematizing, applying logic, and creating order and structure. Under stress, INFPs may no longer appear to be their usual compassionate and open-minded selves. Instead they may become cold, critical, and judgmental of themselves and/or other people. For example, they may criticize someone for not doing something in a particular way, picking at their errors and flaws.

5. INFJs focus on one major insight, whereas INFPs bounce from idea to idea.

The goal of Ni is to filter out biases and refine perception to arrive at “one truth.” This could mean spending a significant amount of time and energy contemplating a single idea and seeing how it fits into a unified system of thought. This is similar to how Plato scrutinized and broke down the various functions of individuals in a society in order to arrive at his ideal state that he describes in Republic.

In contrast, INFPs use Ne to entertain different ideas and possibilities. They are also more comfortable with uncertainty and spontaneity because this is their way of absorbing information from the world. As a result, INFPs may have many hobbies and interests that feed their need to explore new things. They may have a hard time committing to a particular goal, but this trait also makes them flexible and adaptive to the world.

INFPs, on the other hand, are very attuned to their own feelings because they use Fi. They can empathize with other people’s emotions like INFJs can, but they do it in a different way—they put themselves in someone else’s shoes and “mirror” the other person’s emotions within themselves. For instance, an INFP would strongly relate to a person’s suffering when they themselves have experienced similar emotions.

Although both personalities can feel misunderstood, INFJs tend to feel marginalized because they understand other people well, but other people rarely fully understand them. INFPs, on the other hand, feel misunderstood because no one could possibly ever know them as well as they know themselves. However, interestingly, INFPs may not actually want to be fully understood, since it may entail losing some of their individually and being similar to other people. Rather than being fully understood, INFPs want others to validate that they have good intentions when it comes to their actions or ideas.

Whether you’re an INFP or INFJ, remember that both personalities are beautiful and intelligent in their own ways. Each type has so much to offer the world. Understanding some of the differences between these two complex, rare personality types can help you determine your true type so you can learn how to make the most of your natural abilities. 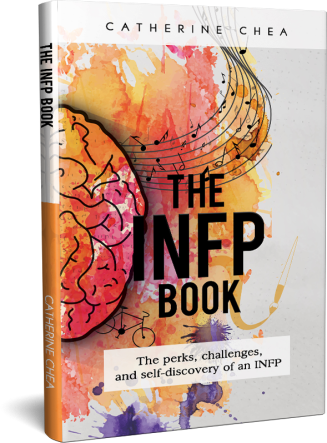 All content on this site is Copyright © 2018 Catherine Chea.